The Luminosity, Accretion Disk, and Dust Team (LADDT) : combining UV, optical, and near infrared data for active galactic nuclei to look for a relation between the color of their accretion disks, the emission from their dust and their luminosity.

Type I active galactic nuclei (AGN) selected from the NASA/IPAC Extragalactic Database (NED) will be used in an attempt to establish a correlation between the ratio of the dust emission and the accretion disk emission (color) to the AGN luminosity. If successful, this work could yield a mechanism for using AGN as a standard candle. This work builds on previous NITARP team attempts to establish such a relationship, but is novel in that it uses near-infrared (NIR) wavelengths as a better discriminator of the transition between accretion-dominated and dust/torus-dominated emission. Type I Seyferts and quasars with redshifts less than 0.1, and with photometry available from the Sloan Digital Sky Survey (SDSS) and the Two Micron All Sky Survey (2MASS) will be used. We will make a color-magnitude diagram analogous to a Hertzsprung-Russell (HR) diagram for the area where the dust vaporizes. The expectation is that the more luminous the AGN, then the more extended the dust sublimation radius, causing a larger hot dust emitting surface area which corresponds to a greater NIR luminosity. Hence the transition between the accretion disk emission to the dust emission will be studied at 1 micron in an effort to show different colors for different luminosity AGN, leading to a predictive colormagnitude diagram which may result in a mechanism for using AGN as a standard for cosmic distances. 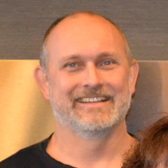 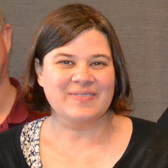 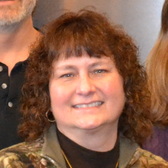 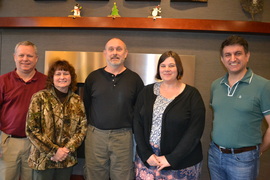