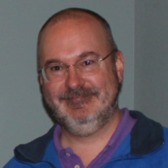 As we feared, the January 2021 American Astronomical Society (AAS) meeting is going to be online-only. The kickoff workshop for NITARP 2021 would have been associated with this meeting. Because travel and face-to-face meetings are such an integral part of the NITARP experience, we have decided to not form new NITARP teams in 2021. We expect to have teams in 2022, assuming the pandemic loosens its grip. Please let us know if you wish to be on the mailing list to be notified when the application is available.