Mr. McCarron is a new NITARP teacher this year, and has just started with his team. He is excited about getting kids involved in the program. He has started to set up additional astronomer interviews to supplement the experiences anticipated through NITARP.

He had a fabulous time at the AAS, and really enjoyed meeting famous astronomers whose work he'd read about or shows to his students on a regular basis: Vera Rubin, Jill Tarter, John Grunsfeld, Neil DeGrasse Tyson, and many more. He made many contacts at the AAS and got committments for additional presentations at his school and at Yerkes Observatory. He writes:

Attended Kepler announcement of the new planets. Later that day teachers who were actually teaching in my high school e-mailed me to tell me about the planets just discovered. I had to tell them I'd known about that for hours. I was there at the announcement by the scientists involved. [...]

In summary, this was amazing. For four straight days, if I'd thrown a rock I would have hit a scientist. Priceless. Second, I connected with people in the program. That was great. These are some talented and really fun people. Third I got to see some friends and colleagues to reconnect for present and future projects we are doing outside NITARP. Fourth, I got to meet new scientists and establish some new networks. I accomplished all my goals. It was a great four days and I have a better understanding of the project and how I can get students to do real research.

PS Every employee at Oak Park and River Forest High School had to see my slide show. (Of course I brought my netbook down to the boiler room to show the engineers.) A few I had to chase to show them the second time, but most gave up after a brief pursuit. 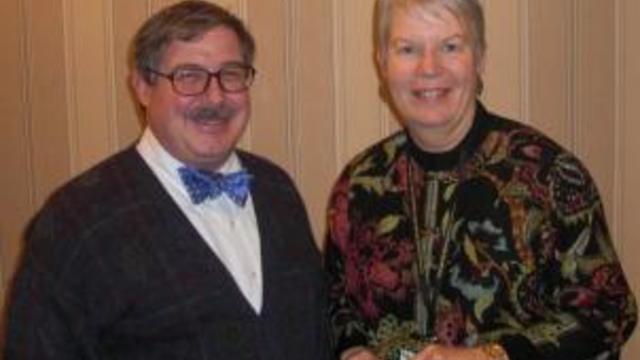